To My Dismay bring about “Ancient Hysteria” 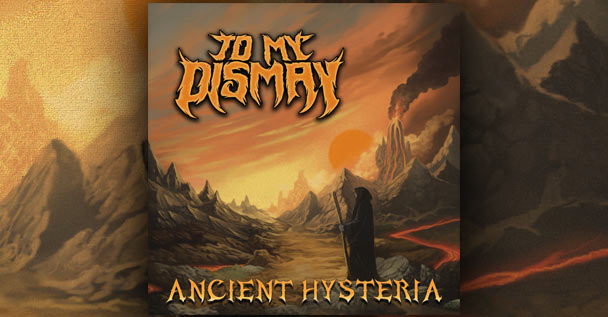 To My Dismay was a band that formed in the late 2000’s and went on a long 6 year hiatus. After reforming with a couple of member changes, the band has been back at it for the last couple of years.

Ancient Hysteria is the Bands first full length album, which was all self produced by the bands guitarist Anthony Wouster /WouStudios. All of the production was done in a living room, with minimal knowledge, and a lot of time spent in producing the best possible tracks.

Initial feedback has been rather positive so far, as the album has begun to spread around. After each show, more and more fans have been buying copies, along with shirts and stickers. TMD is slowly starting to become a recognized name amongst the local Indiana scene.

The album features 11 tracks, which includes a lot of different elements and sub genres packaged into the bands overall sound. There are hints of melodic death metal, metalcore, progressive, power metal, and even synthwave…yes, synthwave. There are no boundaries when it comes to creating music, and setting limitations is never a good idea.

Each song was carefully crafted to have its own unique qualities but still keep that TMD vibe. It’s not so much a bunch of randomness, but carefully constructed music composition to keep the listener entertained. Most the songs average around 3 minutes so they start quick and never ease up.

If you’re a fan of bands like The Black Dahlia Murder, Born of Osiris, Veil of Maya, Unearth, and Darkest Hour, chances are you might enjoy To My Dismay.