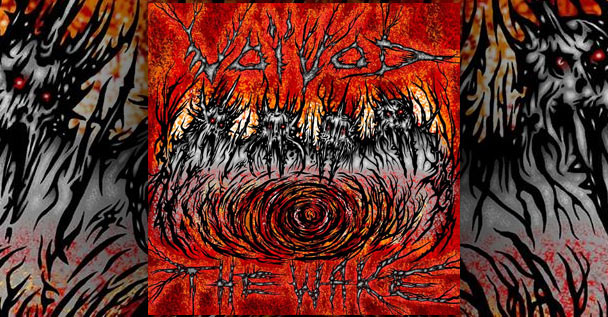 Good news! Voivod have reportedly finished what will be their 14th studio album. It will go by the name “The Wake” and is currently expected to undergo a September release through Century Media. This will be their follow up to the 2013 record “Target Earth” and is sure to be some kind of great (it’s also worth noting the band came out with an EP “Post Society” last year – CLICK HERE to listen).

The band’s drummer Michel “Away” Langevin had the following to say of this, “We are thrilled to let you know that our new album, ‘The Wake’, is completed! The music is like a futuristic prog thrash metal trek with many twists and turns, and the story involves the usual Voivodian topics: disasters, chaos, conflicts, strange plots and alternate consciousness. We are excited with the result and can’t wait to get the material out to you this fall!”

In support, the band launched an all new single by the name of “Obsolete Beings”! It comes complete with a music video. Give a listen to the new music here: