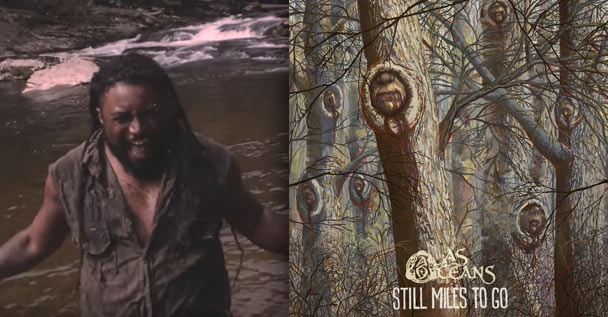 As Oceans have proven themselves as a force to be reckoned with for a number of years now. They’re easily among some of the fiercest entities coming out of the metal underground today! Hailing from North Carolina, As Oceans have been doing their state proud since their inception back in 2011. In that time, they’ve released no less than 2 albums and 2 EPs.

Actually, make that 3 albums because As Oceans are back to bring devastation once again! Their new LP “Still Miles To Go” is set for release on August 31st through the mighty Subliminal Groove Records. However, as it stands, you won’t have to wait another second to give the album a listen! The entirety of “Still Miles To Go” is now live and streaming on this page right now!

The premieres don’t stop there… As Oceans have also made a visually striking music video for their single “Wanderer Above the Mist”! Likewise, this can be enjoyed just below in its full HD glory!

Upon listening, you’ll discover a record simultaneously capable of kindling the imagination and tearing open mosh pits. They say music is the universal language and this translates as a good kick to the chest! So what are you waiting for? Give the new As Oceans LP a go and press those play buttons provided below!

Don’t forget to pre-order the record if you enjoy. If you’d like to follow along more closely with As Oceans, this can be done through their various social networking pages. They can be found on Facebook, Instagram, and Twitter to name a few.