Fit For A King step into “Oblivion” on new track 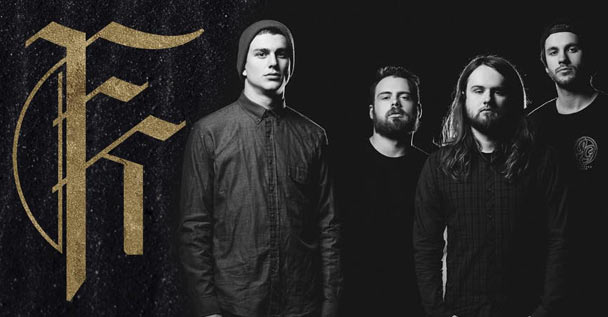 Through Consequence of Sound, Fit For A King just put out a new single for a track called “Oblivion”. You can give it a listen through the stream provided below where you can also listen to other singles “Backbreaker”, “The Price of Agony”, and “Tower of Pain”.

They had the following to say of the new track:

“To put it simply, ‘Oblivion‘ is a story about a man’s search for forgiveness. The lyrics in this track were inspired by a fan (who wishes to remain anonymous), who had done some hurtful things to people he loved.

He felt he was beyond forgiving, though he desired it deeply and wanted to make things right. The chorus, ‘Tell me I won’t be forgotten,’ is his cry to God to not abandon him, to give him peace. It’s one of the more emotional songs on the album.”

It’s been known that the band has been working on new music for some time now. The record will go by the name of “Dark Skies” with a release date set for September 14th. Pre-orders are currently available to those who CLICK HERE.

In other FFAK news, the band will also be heading out on tour with Like Moths To Flames and Currents this Summer. You can find all the dates for that by CLICKING HERE.