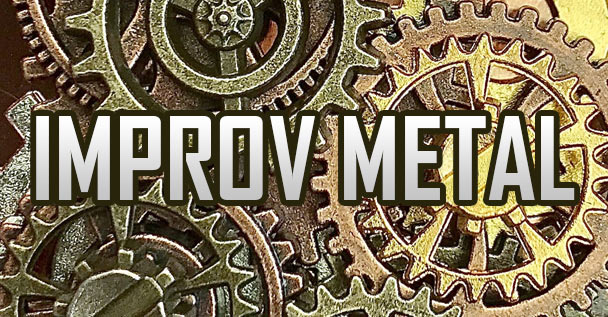 With no other accompaniment, this album is decidedly sparse- “minimalist” would be something of an understatement. But what is definitely interesting here is the approach. All of the pieces are completely improvised-nothing is written or planned ahead of time. Mack Thompson simply hits record and lets the music happen with no editing, do-overs, punch-ins, effects, or loops. He describes them all as “raw, spontaneous, and inherently flawed”. And yet, as one listens to the tracks a certain form starts to unfold. Melodies start to emerge, are embellished, and then restated, similar to the way that most songs have a verse-chorus form but much less direct. Like taking the scenic route to a familiar place. Despite their abstractness, there’s just enough repetition of melodic material to keep the pieces focused, cohesive, and not at all random. If you listen closely, you can really hear how Mack Thompson plays with a melody, takes it to a completely different place, and manages to bring it back around.

There is no doubt that this album is a bit one-dimensional, but there is still a fair amount of variety, from the Middle-Eastern tinged “Scatter My Ashes” to the very Baroque classical “Sprockets”, the clear narrative storytelling of “Pandemic”, to the all out assault of “Necropolis”. To break up the onslaught of screaming guitar, there are also two clean pieces, “Respite” and “Doomsday Reverie”, that lend a thoughtful, brooding character to the rest of the album.

If you really like electric guitar, this would be a fun album to check out (it’s free to stream and download at www.mackthompson.bandcamp.com). There are also some videos taken live from the actual recording of some of the piece on youtube (check out “Echo Chamber of Lunatics” at https://www.youtube.com/watch?v=fTV6qz5jgzY).