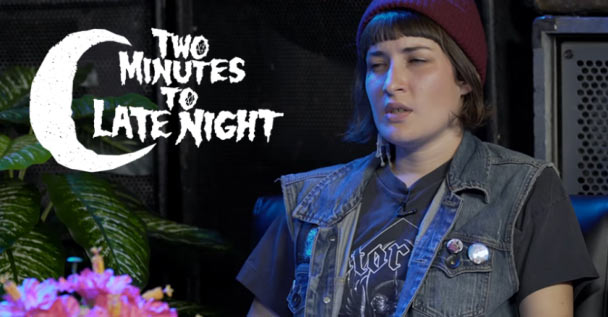 In case you missed out, Two Minutes to Late Night are officially launching their first season online! Huzzah! You can watch the unfolding madness of this new, metal themed comedy “late night show” through the YouTube link provided below. It’s pretty damn entertaining!

Mastodon‘s Brann Dailor and others make an appearance on the new episode which came be found just below. This episode also has a major twist in that it’s hosted by the show’s comedic Hardcore personality Hard Melissa as opposed to the usual Gwarsenio Hall.