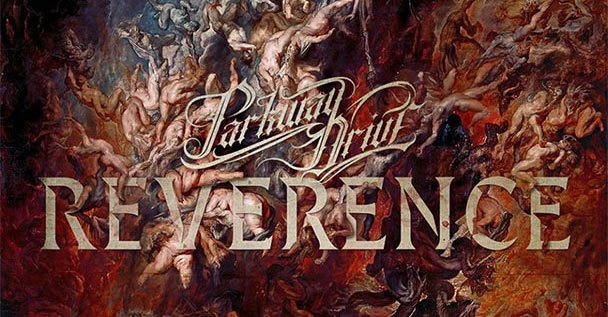 In a recent interview with Total Guitar/Musicradar.com, Parkway Drive guitarist Jeff Ling addressed the backlash against the band’s most recent album “Reverence”. More specifically, he had the following to say of this:

If people have only listened to our new record a few times, they won’t have a feel for it. But if you’ve listened to it 10 times and say it’s horseshit, I will say, ‘Yeah, the album sucks! At least you listened to it enough to know.’”

I don’t really see us as one of the biggest metal bands around, but maybe we’re one of the bigger newbies. We’re stepping up our production and hopefully taking over from the old dogs whenever they hang up the reins – we’ll be there to grab them and take the horses for a ride. But the more popular you are, the more unpopular you are! That’s just the nature of the beast.

Maybe it’s just too easy to tear shit apart online these days. There are so many people who are still attached to the old sound, but a lot of people like our new sound too. When we put out ‘Vice Grip‘ from ‘Ire‘, we knew we were in for a beating! When we first saw what people were saying, we thought we were getting killed… A lot of us took it to heart – I had never been ridiculed like that before. This time, we are ready for it all – we are proud of what we’ve done and we don’t care about the comments.