The Damned Things (Anthrax, Every Time I Die, Volbeat, Fall Out Boy) might release new music 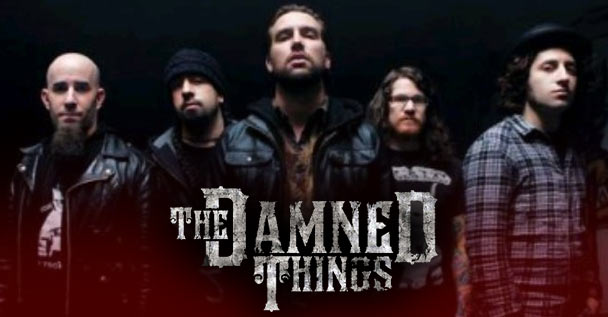 8 years ago, The Damned Things released their record “Ironiclast”. This took people by surprise as the super-group was formed of members from Anthrax, Every Time I Die, Volbeat, and Fall Out Boy. Now, it appears they may be gearing up to release some all new music!

In the recent Wall of Sound podcast, none other than Scott Ian (Anthrax) had the following to say of progress towards The Damned Things:

“We always knew with the Damned Things, it was always going to be something that we would get to do schedules permitting, because we are all in extremely busy bands. But look, we’re all friends and we’re all in contact with each other on a regular basis and I can say that there is, possibly, a record, but that’s all I’m going to say about it.”

A snippet of the podcast can be found here: