This Void Inside – Italian gothic rock 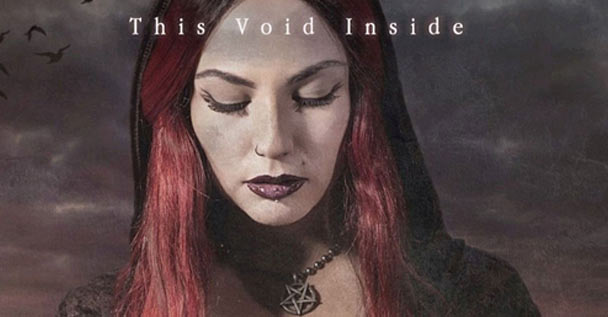 This Void Inside is an Italian gothic rock band. They was originally formed in 2003 IN Rome (Italy) by Dave Shadow (ex front man of the Italian gothic act My Sixth Shadow) as one man band experimenting new sounds and concepts composing new songs.

At the beginning of 2008 Dave decided to share his material and create a band, and in 2008 they recorded their first full lenght promo CD with 12 tracks at Dark Dave Studios: “Dust”, produced, mixed and mastered by Dave Shadow. All songs on this album were written by Dave except Send Me A Sign and Wish, born with the collaboration of Victor Love (Dope Stars Inc, My Sixth Shadow).

The album was officially released in a limited edition of 300 copies, while the band has definitely started playing on the stage in Rome attending gothic festivals and supporting important gothic bands.

In May 2008 This Void Inside signed for the label DECADANCE RECORDS (Latexxx Teens, Pulcher Femina, Siva Six) and worked for a debut album re-issue, enriched with new layout and artwork; this “Dust” 2.0 version was released in October 2008.

In 2016 after a long time of silence the band started writing new material with a new line up: the guitarists Frank Marrelli and Alberto Sempreboni, the drummer Simone Gerbasi joined the former members Dave Shadow and the bass player Saji Connor; In November the band released the new single “Losing My Angel”.

In July 2018 This Void Inside signed a deal with AGOGE RECORDS, releasing the second album “My Second Birth/My Only Death with Diego Reali (Hevidence, ex DGM) and Max Aguzzi (Dragonhammer) as special guests on track “Meteora”.