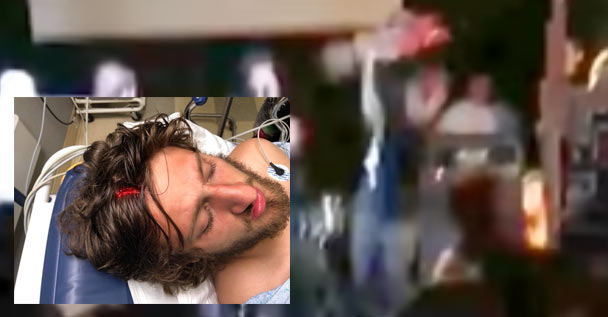 While performing in Wilkes-Barre, PA this week, a local hardcore band by the name of Tourniquet (aka TRNQT) assaulted the crowd by throwing a guitar case, among other gear, at the audience. The band has yet to comment on the incident. However, the whole event can be viewed in slow motion down below, thanks to the good people at Lambgoat.

Unfortunately, an audience member named Jeffrey Esgro quite literally had his head opened as a result. His testimony and images of his injury can, likewise, be viewed down below. Fair warning – some of the images attached are graphic. 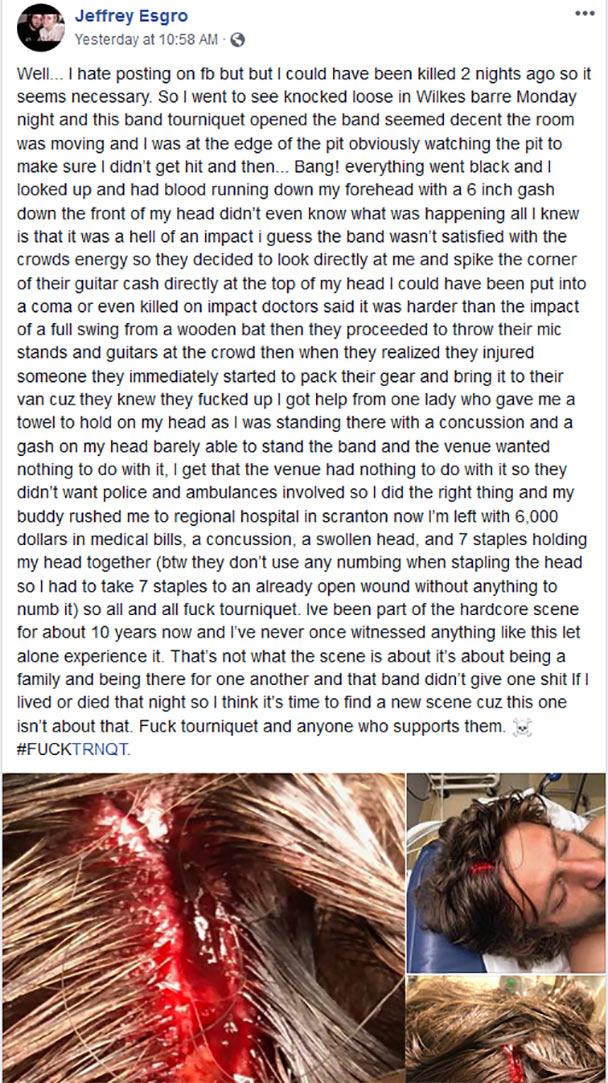