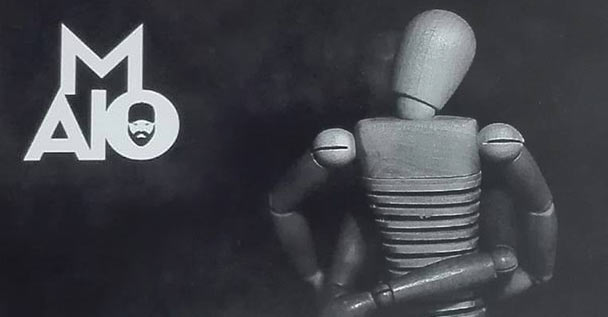 “L’amore in tempo di crisi” offers us a folk rock with grunge/post punk/new wave influences. “Love in times of crisis” is composed of eight tracks whose theme is personal life stories synthesized by sonic, dark, melancholic fragments, but at the same time tense and vibrant. “This record” – says Maio – “is a collection of songs that have remained in the drawer for years. Each of them photographs a precise moment of my life, fragments that needed a finishing job to be finished and published. Given that the songs date back to different eras, it was appropriate to choose those that could be traced back to the same musical strand “.

The songs that compose the album are the result of the work done with the artistic production of Michele Mick Anelli and published by the record label Alma Music / Ossigeno s.r.l. The meeting with Michele Anelli served to redefine the contours of the songs. A long work, although not continuous, which involved both the musical and textual parts of each piece.

Dark sounds, sometimes sharp sounds, reflecting some of the author’s musical passions such as the first Mark Lanegan, echoes of Tom Waits and Nick Cave that mix with the garage-punk approach that united and unites Maio and Michele.

For the recording of the songs, which took place at the Stayfree64, home studio of Michele Anelli, was born the collaboration with the drummer Andrea Cocco, which also took care of the percussion.