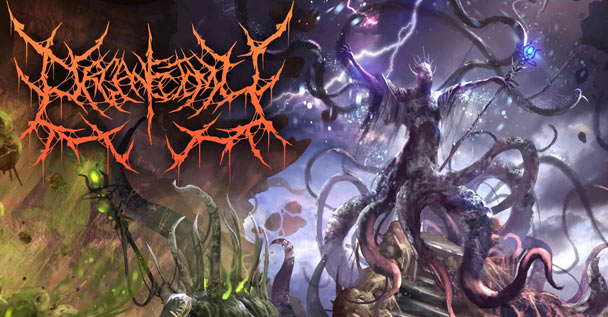 Decibel Magazine just did the honor of premiering an all new Organectomy music video by the name of “Carnal Bloodlust”. This was done in support of the band’s “Domain of the Wretched” re-release through Unique Leader Records this year. The album is currently avaialble to those who CLICK HERE.

Christchurch, NZ based slam masters Organectomy have premiered a new music video for their song “Carnal Bloodlust” today via Decibel Magazine. The track is off their massively devastating album, Domain of the Wretched, which was reissued on Unique Leader earlier this year. The gory video was filmed in New Zealand by Crazy Eye Productions and directed by the band.

The group commented: “Carnal Bloodlust, the mid-way point of our debut full length ‘Domain of the Wretched’, finds itself being brought to life in video form. In which, the sporatic, gore-ridden scenes detail the subjects descent into madness, (portrayed here by our frontman Alex Paul) as a parasite consumes his mind and takes control of his body causing him to have an insatiable need for blood, carnage, and viscera.”