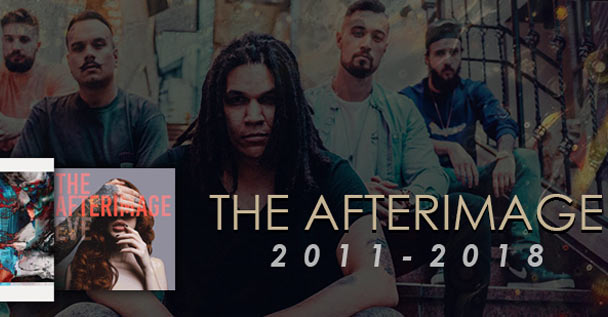 Sadly, it appears that The Afterimage is no longer a band following a 7 year run. They released the following statement in regards to their end:

“It is with an immensely heavy heart that, after almost 7 years as a band, many tours and a debut full length album, we’ve decided to end The Afterimage.

“When we started this project in 2011, we never imagined that our music would make it out of a small town called Barrie, let alone bring us across North America and even to Asia. It’s hard to put into words how difficult this is to do after all this time, but we feel that after many ups and downs, it’s time to let TAI finally pass.

“Creativity is a channel fueled by passion and heart – and every musician resonates with that in some way or another. We’re incredibly proud to have built an extremely diverse community, with our fellow musicians solidifying the foundation of our fanbase. However, it’s abundantly clear that when you begin to question your passion for a project, you’re not only doing a disservice to your fans, but to yourselves as well. This is the position we find ourselves in today, and now is the time to close this chapter of our lives.

“To be clear: There’s not a single ounce of bad blood between members. After everything we’ve been through over the years, we’re like family, and that likely will never change. This decision was made together.

“That said – we want to thank everybody all over the world who made this dream a reality, especially the fans who have kept us going and had our backs since day one. All the shows you came out to, repping our merch, or just simply words of encouragement… it really went a long way. A very special shout out to every previous member who contributed to the project, who will be named in no particular order: Alex Lappano, Mike Ticar, Nick McCaslin, Andrew Wilson, Sam Jacobs and Asher Ally.

“For now Kyle, Leo, Liam and Rob will still be active in their band Brand of Sacrifice that was recently signed to Unique Leader Records.

“Generic band-ending disclaimer you’ve all seen before a million times: This isn’t the end for any of us. We’re all still making music. Be on the lookout for that.”