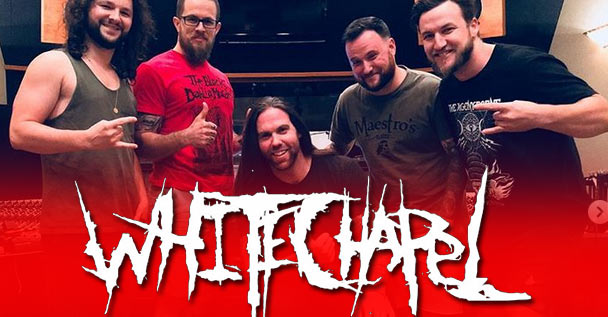 It appears that Whitechapel have wrapped up their new album! This will serve as the follow up to 2016’s “Mark of the Blade”. Once again, the recording occured with producer / enginner Mark Lewis (Cannibal Corpse, DevilDriver, Carnifex) down in Nashville, TN.

The drumming on the new album is sure to be fantastic because the band recorded with no less than Navene Koperweis (Entheos, ex-Animals As Leaders, ex-Animosity). The man has a pretty great track record.

Keep in mind the band will also soon be touring with Chelsea Grin, Oceano, and Slaughter To Prevail. CLICK HERE to see the dates.

That’s a wrap! Just finished tracking drums on the new @whitechapelband album with @marklewis720. It’s been a great time being in Nashville all week. 🤙