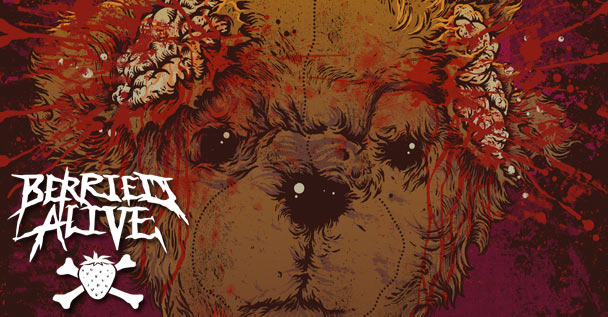 Prepare yourselves for an all out aural assault… Charles Caswell is the man with the jams proving once and for all that the snozzberries do taste like snozzberries. Previously serving as the guitarist for Reflections, he opted out to pursue other life goals while maintaining his musical endeavors with the project Berried Alive. Despite the lightheartedness of the name and presentation, the music is anything but light…

We’re here to show you good people this once again with the release of a new animated video for a new version of the track “God Jammit”! This single is being released in support of an all new Berried Alive album called “Bearies Alive”! It’s currently set for an October 19th release with pre-orders currently available on Bandcamp among other locations!

If you enjoy the music as much as we do, also be sure to give Charles a like over on Facebook and check some of his previous music! We’ve provided the past “Fools Gold” below as well.