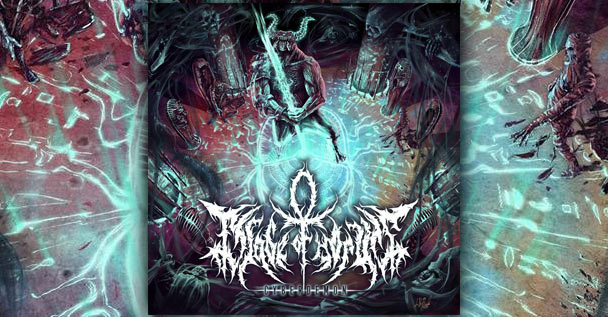 A monumental force of metallic fury is boiling up from down under. Blade of Horus made their introduction back in 2016 by releasing a no holds barred Brutal Technical Death Metal release that even featured Kevin Talley (Suffocation, ex-Dying Fetus) on the drums! Since that point, the band has been hard at work composing new music and made some notably talented new additions. Now, Australia’s newfound Extreme Metal titans are poised to strike the metal world once again!

They stand on the precipice of releasing a dangerous new mythology inspired album appropriately titled “Obliteration”. This will leave it’s crypt to see the light of day on December 15th through the good people at Lacerated Enemy Records. Trust me when I say the world is not ready… Pre-orders for this beast are currently available in both digital and physical formats over on Bandcamp and Big Cartel. It’s also available over on iTunes and Apple Music. Furthermore, you can get a sneak peak at the beautifully done Egyptian themed album cover at the bottom of this page!

In support of this forthcoming destruction, the band has made a first stab with an all new single called “Cyber Demon”! It comes equipped with no less than guest spots from David Haley of Psycroptic on drums and Duncan Bentley of Vulvodynia on vocals! The new number serves as a fantastic crushing of mortal ears. This can be enjoyed full force through the stream provided just below.

If you wish to follow along with the band, see what moves they’re making next, and learn more about the album itself, you can click onto their Official Website and Facebook page. Now, keep your ears to the Earth… There’s much more on the way where this came from!

Here’s the official word in support of the new album:

Australian tech death masters BLADE OF HORUS have officially launched pre-orders for their forthcoming LACERATED ENEMY album „Obliteration“. The crushing and technically mind blowing album, which the band described as: “Spicy ” will see a December 15th release date and shows the band at their absolute peak. To coincide with the pre-order launch BLADE OF HORUS have also released a debut single „Cyber Demon“ featuring David Haley of Psycroptic on drums and Duncan Bentley of Vulvodynia on vocals! Features astonishing and exclusive art by Jakub Rusek.The track effort is a blisteringly technical display of jaw dropping musicianship and proves that BLADE OF HORUS will find themselves at the forefront of the tech-death metal world. Cyber Demon was mixed and mastered by the mastermind Ryan Huthnance at Emissary Studios.

Preorders are up now! 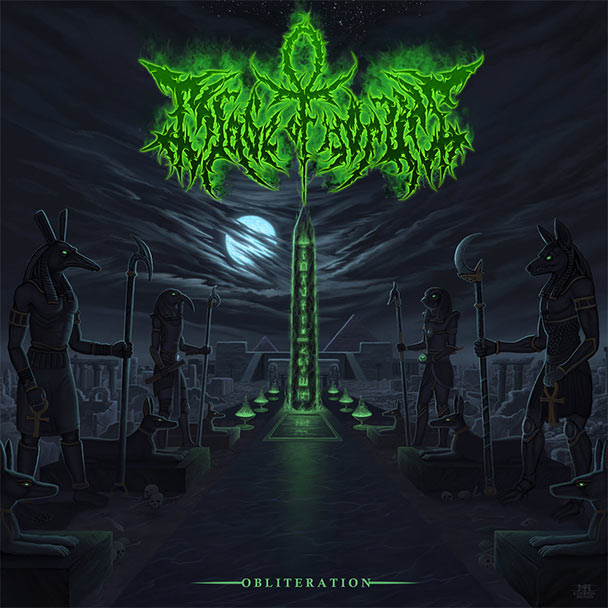