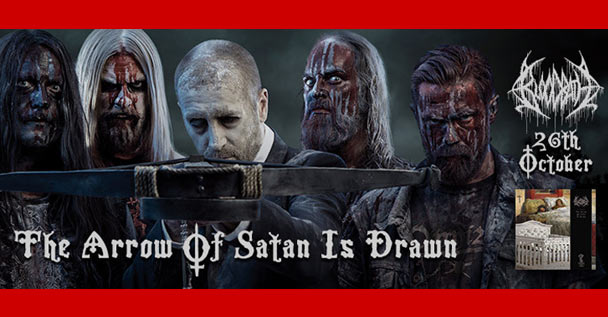 In anticipation of their new album “The Arrow of Satan Is Drawn” coming out next week on October 26th, Bloodbath have launched an all new music video for the single “Chainsaw Lullaby”. This can be viewed down below! Pre-orders for the album are currently available to those who CLICK HERE.

Guitarist/vocalist Anders “Blakkheim” Nyström had the following to say of this:

“I wanted to keep it really simple and uncomplicated whilst retaining an evil groovy drive to make the song engage in headbanging action and sing along exercises. Having started a ‘red’ thread, I then locked in the chainsaw concept as a dual tribute to the Boss HM-2 guitar pedal sound as well as my love for the horror slasher genre and had both the music and lyrics going at the same time. I’ve always been a fan of lyrical paradoxes and the song title was just waiting to happen.”