Bring Me The Horizon ft. Cradle of Filth’s Dani Filth on “Wonderful Life” 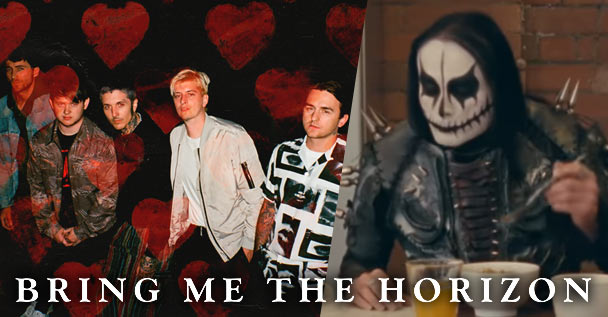 Bring Me The Horizon think it’s a “Wonderful Life” with their new single! This is the second recent number following up “Mantra” and features a guest spot from no less than Cradle of Filth’s frontman Dani Filth. The new track comes complete with a music video which can be seen below along with the cult clip for “Mantra”.

Both of the above were released in support of the band’s new album “amo” to be released on January 11th through RCA/Sony.

In other BMTH news, the band has announced a new tour to kick off early next year through North America. You can learn much more about that and find dates by CLICKING HERE.