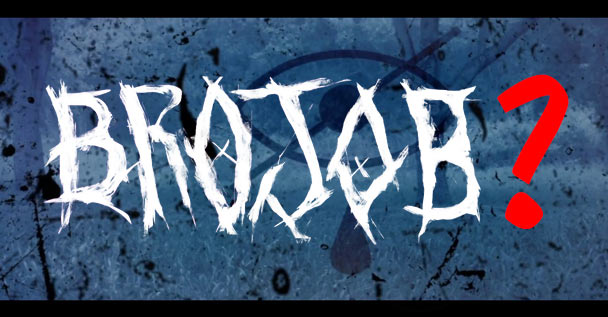 Brojob! The name brings about laughs from across the metal community for the band’s over the top antics. They took all the bravado of Deathcore and quite literally made it gay in the most humorous ways. This was seen across the band’s singles like “Teenie Weenie”, “Erection Injection”, and “Talk Shit Get Kissed” to name a few.

Well, the band is back again to deliver more laughs, right!?

In a sudden and unexpected transition… the band is making serious music now? It appears that they’re using their platform to raise awareness about depression among other things. This is admirable and all but…. what? Do you think it’s too late to take this band seriously or do you think this could actually work?

You can listen to the new tracks below and see what you think for yourself. The new EP “Sleep It Away” is clearly going to show a whole other side to Brojob. Pre-orders are currently available to those who CLICK HERE.

See More: Brojob, Deathcore, For The Laughs
« Greg Tribbett on Mudvayne, “There’s no time for that”
Remember The Arusha Accord? They’re Back! »