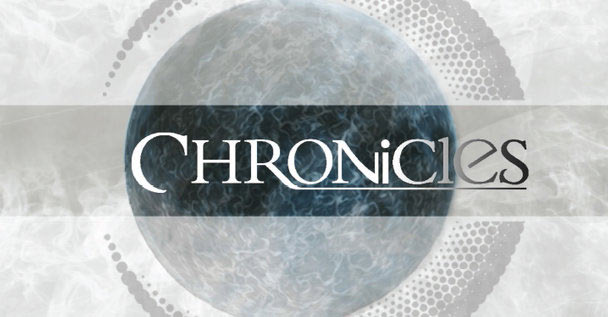 Inhale. Exhale. The time has come to breathe in new life with Chronicles. This is a Progressive Metal unit making their music known from Bordeaux, France. The line-up is composed of 5 talented minds for music. Together, they weave a sound that ranges a spectrum from the subtle to the heavy hitting varieties of their given style.

Most recently, the band released the album “Breathing New Life” which is the focus of this write up today. This record serves as the sequel to the 2016 release of the Chronicles EP “The Man On A Leash”. The new record exhibits a collection of 7 tracks across a 40+ minute run-time filled with sonic peaks and valleys. This release also boasts mastering from no less than Acle Kahney from TesseracT following a mix from the band’s own vocalist Matt Dms.

“Breathing New Life” is currently available for purchase and streaming through sources such as Bandcamp, Spotify, and CD Baby. You can also grab physical merchandise by CLICKING HERE. Furthermore, you can give the music a listen through the streaming links provided below!

Now, the question is if “Breathing New Life” brings fresh air or the taste of something stale. Let’s fill our lungs (and ears) in order to find out!

So it begins… Waves of atmosphere introduce this record on “The Lost Wanderer” until piano keys are found. The band continually builds on top of this like reverse engineering an onion made of sound until the metal truly hits at about a minute in. The slow waves continue as vocals come to occupy the top with mantra-like delivery. This all works to serve as a good introduction to the album.

There’s an uptick in both groove and heaviness when the title track “Breathing New Life” hits the listener’s ear. Certain changes are immediately notable from the tempo changes to the prominent harsh vocals. The track even goes on to include sporadic blast beats!

This trend of escalating heaviness seems to temporarily reverberate throughout the release as the opening of “Ghost Of The Past” gets even meaner in some ways. Ultimately, the song calms the mood into “Desperate & Down” which has some of the nicest “clean” Progressive Metal songwriting on the record to this point.

“Sanctuary” serves as the epic closer on this record. It, more or less, encapsulates and projects all the ideas this album gathered and adds on top of them! Similar to the previous track, this one also has stand out guitar moments including a winding, mathy riff towards the end to help close things out into atmosphere. As such, the record opening and ending have something in common. From dust to dust.

There’s a certain enjoyable authenticity to “Breathing New Life”. It really feels like a modern French progressive metal record in just about every way. You can easily draw parallels to other greats from the country such as Uneven Structure. Outside that spectrum, there are similarities to bands along the lines of TesseracT, certain riffs even being similar to moments from the album “Concealing Fate”. All that being said, of course parallels can be drawn to Meshuggah as well. Now, I wouldn’t say Chronicles is quite on the same level as those bands yet but they’re certainly heading in that direction! So, for now, if you enjoy a good off-time groove and some nice melodic thinking, this record will surely have some happy moments for you. It should genuinely be interesting to see what this band does to progress from this point.

In fact, while thinking of a band such as this, I’d say the potential for future growth is rather astounding. If you even remotely enjoy modern Progressive Metal music, it’s probably worth keeping tabs on Chronicles to see what they do next. If they grow further into a sound to call their own, the results could be quite great.

As hinted before, this band currently consists of 5 members working together like a well-oiled machine. They are Matt Dms up front on the vocals, Mathieu Larroudé and Thomas Barrasso handling the guitar strings, Vincent Camontes rumbling the bass strings, and a drummer simply known as Jean. Altogether, they make quality, modern Progressive Metal worth indulging in.

The production of this album comes with mixed results. On one hand, the ideas a layering come across very well and Acle Kahney’s mastering is on point as per usual. On the other hand, there’s a certain clarity missing from this music within the mix. This could be for a number of reasons but if “Breathing New Life” were just a bit sharper, it would sound magnificent. That’s not to say it sounds bad at all. It just isn’t 100% there.

As for other criticisms, I’d have to say certain sections feel a bit loose for a record with such heavy focus on precise timing. Once again, that’s not saying it’s bad. It just could be a bit noticeably tighter in some spots. Also, as I hinted before, this band has yet to find a sound to truly call their own but the potential for finding it appears to be high. That’s all I really have to say on this front. For the most part, this is quite an enjoyable experience.

Now, the time has come to take a final breath on the main body of this review. How does this LP fare in the ever evolving world of Progressive Metal music? I’d say it fares well! There’s a lot to like about “Breathing New Life”. It does a good job of keeping the listener on their toes and providing an entertaining experience with a number of sides. In the end, my gut feeling on this album is somewhere between a 7 and an 8 out of 10. Modern Progressive Metal fans should consider giving this one a listen!

Speaking of which, just as a reminder, “Breathing New Life” is now up and available for streaming and purchase via Bandcamp, Spotify, and CD Baby with physical merch available to those who CLICK HERE.