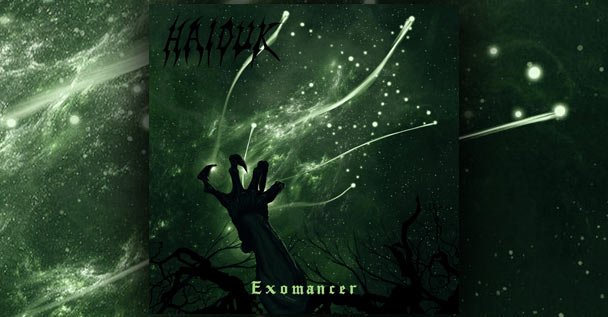 HAIDUK, the Calgary, AB one man thrashing black and death metal project fronted by Luka Milojica is now streaming the song “Subverse” off his upcoming album “Exomancer” due out on October 17th. This will be his third full length and follows his 2015 concept album “Demonicon”. Clocking at around thirty minutes, “Exomancer” was recorded and mixed by Luka Milojica. Three years in the making, the album is heavy on dual-guitar interplay and is another concept release, this time based on a sorcerer who harnesses cosmic forces to raise the dead and see the future. Artwork was done by Caelan Stokkermans.

HAIDUK comments: “It’s my best album. It combines the most powerful elements of Haiduk in one.”