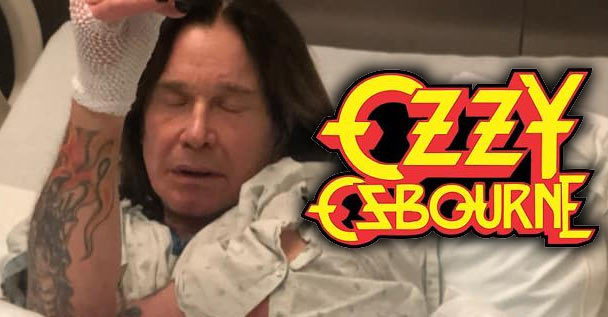 Unfortunately, it would appear that Ozzy has been hospitalized for an infection. As a result, he’s had surgery and certain dates on his current tour have been postponed. Here’s the official statement in regards to this:

OZZY has postponed two additional shows following further consultations with his doctors at Cedars-Sinai in Los Angeles, who have advised that he take a few extra days to recover.

OZZY’s North American “NO MORE TOURS 2,” produced by Live Nation, will resume in Las Vegas on Saturday, October 13 at the MGM Grand Garden Arena. Stone Sour will perform at the Las Vegas show, with support for the three rescheduled shows TBA. Ticketholders for all the postponed shows should hold on to their tickets, as they will be honored for the rescheduled dates.
Refunds are also available at point of purchase.