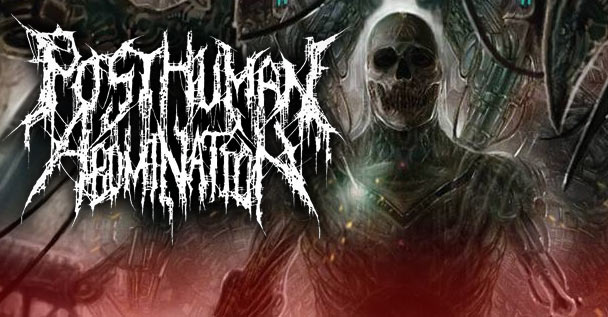 This is one of my favorite new discoveries this week. Posthuman Abomination bring absolutely ruthless Brutal Death Metal from over in Italy. This is the kind of disgusting heaviness that might just literally leave listeners in a posthuman state! The band claims influence from the likes of Suffocation, Deeds Of Flesh, and Disavowed which makes sense but, in some ways, they may even take the extremity further! This is a complete bulldozing wall of sound coming to wreck your senses (obviously, that’s meant in a good way 🤘).

The band’s initial formation occured in 2014 which led to the release of a demo “Crafting Life” a bit after. However, the main focus of today is their new album “Transcending Embodiment” which completely encapsulates all the talk of destruction in that first paragraph. This was put out through Comatose Music over the Summer. This is a 9 track ode to anti-humanity with members so talented I must question their actual humanity.

It’s highly recommended that all fans of extreme metal give this one a go through the streams provided below. If you enjoy the music, it can be found at several locations across the internet including Bandcamp, Spotify, and Amazon to name a few. Enjoy the extremity!