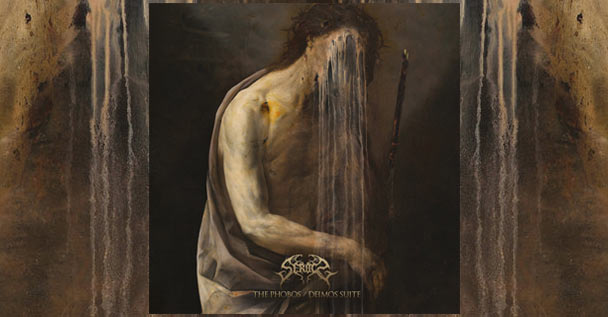 A monstrous new album just came out to crush the world! Serocs is an international band consisting of members from First Fragment, Chthe’ilist, Funebrarum, Benighted, and Sutrah. Their new album “The Phobos​/​Deimos Suite” is due out tomorrow through our friends at Everlasting Spew Records. Pre-orders are currently available to those who CLICK HERE and merch orders are available to those who CLICK HERE.

However, as it stands, you won’t have to wait another minute to give this music a listen! The entirety of “The Phobos​/​Deimos Suite” is live and streaming online right now!

“The Phobos/Deimos Suite” revives the tech-death style of the late 90s/early 2000s and includes ten devastating and mind-melting tracks! Featuring current members of First Fragment, Chthe’ilist, Funebrarum, Benighted & Sutrah, international combo Serocs is pure neural ecstasy!
The album takes inspiration from The Divine Comedy/A Christmas Carol and similar tales. It is the story of a selfish, piece-of-shit man who is terrified of death. Living in constant anxiety and isolation, he finds himself one night being attacked by sleep demons (mares), who transport him to Hell. There, he finds out that Hell is not the classic demon/fire/torture-ridden place, but Hell is inside our heads. Hell is our ego, our mistakes, our selfishness as mankind and as individuals.

Serocs began in 2009 as a one-man project by guitarist Antonio Freyre who released 2 EPs and a full length album. The project later transformed into a full-blown international band with the release of ‘The Next’ and ‘And When the Sky Was Opened’.
After 3 full lengths and some lineup changes, Serocs is back with a new album entitled “The Phobos/Deimos Suite”.

For fans of Spawn Of Possession, Cryptopsy, Severed Savior and Gorguts