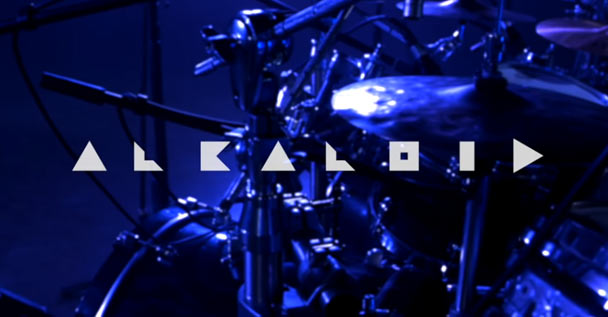 Modern Drummer recently debuted a Hannes Grossman playthrough for the Alkaloid track “In Turmoil’s Swirling Reaches” from their recent album “Liquid Anatomy”. The results speak for themselves!

World renowned Hannes Grossman, drummer for the extreme progressive metal band ALKALOID (and formerly of OBSCURA, NECROPHAGIST), has released a multi-cam drum playthrough of the track “In Turmoil’s Swirling Reaches”. The play-through appears via Modern Drummer, alongside a guest editorial article by Grossman.

Regarding the playthrough, Grossman comments, “I’m really excited to finally show you this new playthrough video of the ALKALOID song “In Turmoil’s Swirling Reaches” from our last album ‘Liquid Anatomy’, which I produced and mixed. I co-wrote this song and the idea was to blend Progressive Rock with Death Metal. This also reflects in the drum line, which you can clearly hear (and see). By the time we were ready to shot it was past midnight and I became more and more tired. After 6 takes I finally nailed it. I’m quite a perfectionist, so the crew had to show some patience until I was satisfied with my playing. Alex (the video guy) and his crew did a fantastic shot, the video looks killer. After the recording I had to mix it which was fun! There is no artificial reverb used in the mix. As you can see, the venue was huge.”

See More: Alkaloid, Death Metal, Experimental, Progressive Metal
« A Perfect Circle “So Long, And Thanks For All The Fish” music video released
Memorial for All That Remains guitarist Oli Herbert cancelled »