Beneath The Massacre vocalist on the new Devin Townsend album! 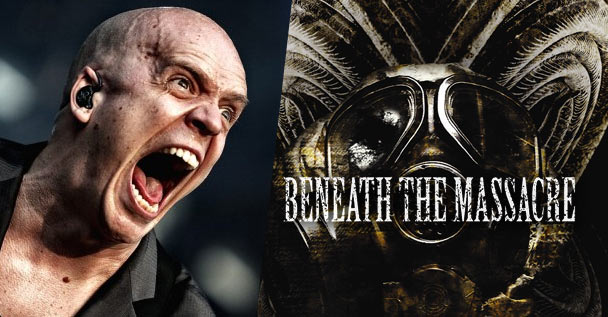 Devin Townsend has been hard at work preparing his new album “Empath”. He’s already brought on a number of guest musicians as you can see by CLICKING HERE.

The latest collaboration announcement is this… Devin Townsend is working with Beneath The Massacre vocalist Elliot Desgagnés. This was unveiled through some recent tweets which can be seen right here:

Cheers to Elliot Einstien from Beneath The Massacre for laying down brutal vocals for my ‘choir’. A guys gotta know his limitations, and guttural vocals are not my strong suit… I just sound like SuperGrover when I try. He is a beast and it really completes the frequencies.

…I can scream like my balls are caught in a taffy puller, but low death metal vocals, I just sound hilarious. :)