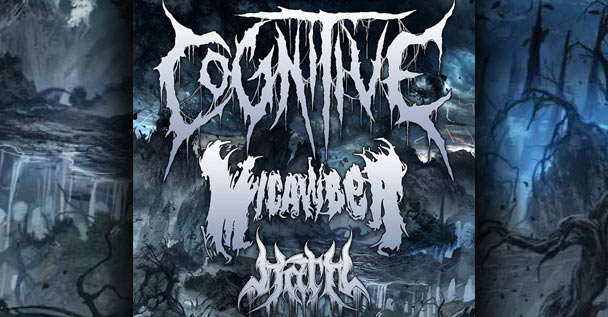 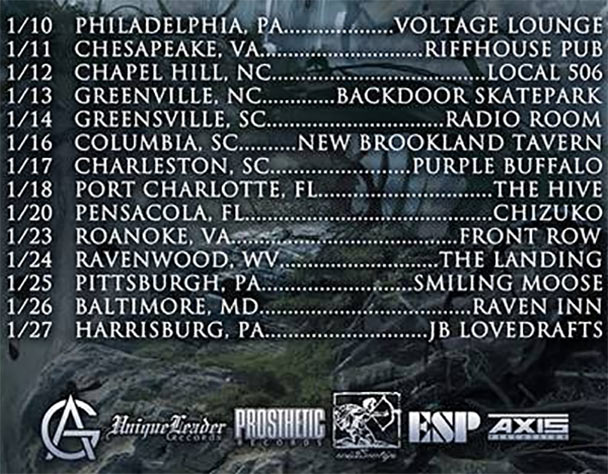 Keeping to the United States east coast, there will be a hell of a tour ripping up the region! No less than Cognitive, Micawber, and Hath are joining forces to do damage. You can check the dates on the flyer above and see what the band had to say here:

“Cognitive is excited to hit the road this winter in support of our new album Matricide. We have a lot of tours coming up and wanted to bring some friends out with us for this one. Micawber dropped an amazing album this past year that we really dug, and Hath is about to drop their debut album through Willowtip, so we’re excited to hit the roads with friends this January. More dates to be announced soon, and we hope to see you at a show!”