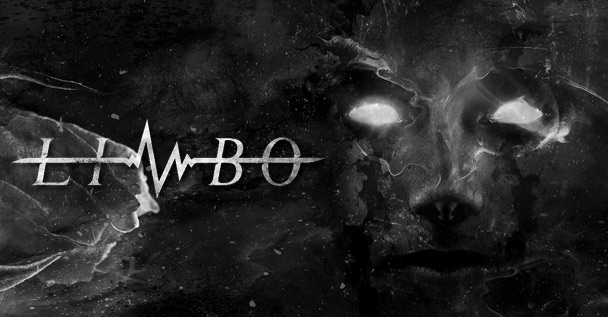 If there’s any country that is known for consistently bringing metal powerhouses into the fold, it’s Sweden. We’ve seen so many extreme talents and innovators launch from this country that it’s a bit overwhelming in the best ways. Given the content of this site, I probably don’t have to start naming names for you good people.

Well, it would appear that Sweden has delivered once again!

From the heart of Gothenburg comes an exciting, new band by the name of Limbo. Their sound is a certain purgatory placed between a heaven of capable melodic songwriting and a deep, dark hell of heaviness. This is brought about through some very intelligent and varied Progressive Metal songwriting.

The band itself is composed of five members which all hold their own in different respects. Marcus Johansson and Julius Dellås convey all sorts of complexities and interesting ideas through their guitar work. Philip Elias compliments their work while holding down a vicious groove on the bass. Carl Tudén sounds like an octopus with drumsticks with the way he perceives time and handles composite rhythmic work. Finally, Daniel Håkansson brings a beastly noise on top, serving as the bands vocalist and front man.

All in all, their sound often lends itself towards the heavier side of things than not. If one were to make comparisons, they would land much closer on the spectrum to a Meshuggah or a Vildhjarta than say a Periphery or a Dream Theater. I would also draw parallels to modern greats from the scene like TesseracT, Uneven Structure, and maybe even Humanity’s Last Breath at times. In the end, Limbo take a number of the best and heaviest elements from the modern Progressive Metal movement and handle them diligently to make a massive sound!

This is all put on exhibition through the band’s debut, full-length album. This is a self-titled venture boasting 10 strong tracks across almost an hour’s spread. That being said, there’s a lot of goods to uncover while giving the Limbo LP a listen. Speaking of listening, the album is currently available for streaming and purchase through platforms like Bandcamp, Spotify, iTunes, Google Play, and more! The Circle Pit was also recently blessed with the opportunity to stream the album in full and feature the visually enticing music video for the single “With Eyes Wide Shut”. Those streams can be enjoyed on this page!

Now, into battle! The album rolls in on the waves of an enticing clean guitar soaked in reverb, making for a nice effect. This is soon joined by the massive, grooving waves of the track “Unleashed”. This is an appropriate title for a number of reasons. Not only is it the first track on Limbo’s debut album, it quite literally feels like a beast being unleashed upon the listener’s ears. And to think this only the beginning…

… That beast latches on because this full album is an onslaught of the senses (that’s meant in a good way, of course). There are so many strong numbers put forth that no track amongst the list truly feels like a weak link. From a personal perspective, some of my favorites would have to be the aforementioned single “With Eyes Wide Shut” which served as a wonderful introduction to the glories of Limbo and made me believe in this band in the first place, “Transcendental” with catchy leads and sickening scrapes setting up “Amid the Labyrinth” perfectly (another winner), the opener “Unleashed” / closer “The Inevitable Path to Disintegration” for making wonderful bookends to the experience, the impactful complexities of “Cognitive Dissonance”, the gargantuan soundscapes of “The Consequence”, and the deadly (other) single “Occam’s Razor”. Like I just said, however, no track here is a weak link and these name drops shouldn’t be considered as the top of the mountain (even though I think I named most of them!) so you should really give the whole record a spin for good measure!

Speaking of full spins, every number found on the Limbo debut functions together quite well. It’s abundantly clear that these tracks belong on a singular project as the band targeted their mark and hit it with precision. Limbo have clearly crafted a full experience that’s meant to bleed together and leave a lasting impression on the listener. They’ve planted their flag with this album and we’re just along for the ride.

An impression I consistently get while listening to this Limbo LP is that these songs would be a lot of fun to witness live. There’s a certain ruthless heaviness and energy backing these tracks that could easily move crowds… if not mountains. I would personally enjoy moshing to this quite a bit but, for now, it makes for great workout music!

The production on this record is largely well done. The nitpicky side of my mind wishes there was a bit more clarity at moments but, all in all, everything has a spot in the mix and comes across in a coherent manner. This side of the album creates a wall of heaviness that effectively impacts listeners where it counts.

The only other criticism that really comes to mind while listening to Limbo is that they’ve yet to find a niche of sound to truly define as their own, rather borrowing from a number of great inspirations. Don’t get me wrong. This is a thoroughly enjoyable record and the results speak for themselves. But if I were to randomly hear this band after years of not listening, I don’t know if I’d be able to say, “That’s definitely Limbo I’m listening to!” And that’s after listening to this album regularly for a month or so.

As this album comes to a close, it’s time to place a final judgment. And that judgement looks something like two thumbs up! Limbo have constructed an engaging album with their debut which is considerably stronger than a number of others coming from this particular field. It shows a flair for intelligent and entertaining Progressive Metal songwriting matched with both an incredible force of heaviness and slightly lighter sensibilities. In the end, I was feeling anywhere between an 8 and a 9 while listening so we’ll just land it between at an 8.5 out of 10.

Something that really strikes me about this band is their potential for growth moving into the future. There’s plenty of talent and brains matched together between the five members. So much so that they’ve already achieved something that’s arguably great with this album. However, I fully believe they’re capable of topping this on future projects and look forward to hearing what they construct next!

If you’d like to stay tuned for such future possibilities, the band has a social media presence through a number of platforms which you can follow along with today! This includes the likes of Facebook, Instagram, and YouTube. They even have an official website https://limbounleashed.com/ through which you can learn much more about the band and their output.

Once again, the music is available for purchase and streaming on Bandcamp, Spotify, iTunes, Google Play, and more. Also check those videos above!