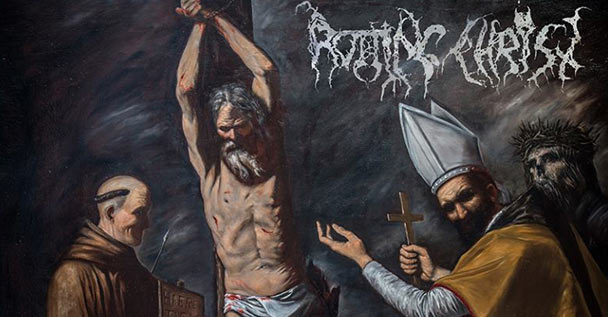 Rotting Christ have just let loose with the details surrounding their new album “The Heretics”! It will officially be released on February 15th.

In support of this, the band just put out an all new single by the name of “Fire, God And Fear”. It can be enjoyed here:

Through the official release, Rotting Christ founder and frontman Sakis Tolis had the following to say of this new track, “Dear metal brothers around! After almost three years of silence and countless hours of inner search, I can proudly announce, on behalf of the band, our fresh artistic worry that is represented in ‘Fire, God And Fear’, taken from the upcoming opus ‘The Heretics’. A song that definitely won’t create a clear opinion on how the new album will sound like, but shows the heretic and atmospheric approach we have chosen for creation. I hope you will enjoy our new album and until we cross paths mentally… Non Serviam brothers and sisters!”

The album will boast the following track listing and artwork: