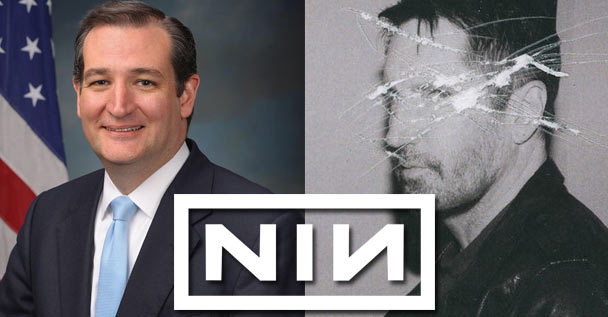 A video from this week’s Nine Inch Nails show in Irving, Texas has gone viral. Trent Reznor had some choice words about Senator Ted Cruz and the results / back story are pretty funny to say the least:

“Who voted for Ted Cruz? See the lights aren’t on, I can’t see. Is there any way to turn the lights on? I’d like to see. Raise your hand, you guys, nothing to be ashamed of, just checking.

He might be here tonight, he was bugging to get on the guest list, and I told him to fuck off. We put him on a few years ago, he drank all the beer, and was just a pain in the ass to be around. So, I won’t, I won’t hold it against you.”