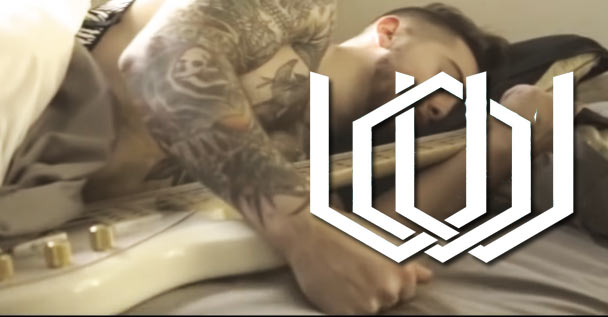 Welcome to the top of the food chain! Vow Of Volition have just arrived with a mind melting new single by the name of “Apex Predator”. This comes complete with almost five minutes worth of heavy hitting metal madness that’s good enough to put some hair on your chest! It also comes complete with a one shot music video which brings out the band’s comedic side to help lighten the sonic devastation (milk shots and bong hits included).

Speaking of which, many of you are likely familiar with Vow of Volition for their hilarious “How to Write Like – [Insert Band Here]” series over on YouTube in which they’ve covered some ridiculous number of metal talents and collectively accumulated millions of views. It’s highly recommended you check it out if you haven’t. You may CLICK HERE to do so.

However, comedy aside, this band proves time and time again they are indeed not a joke when it comes to their craft. Not only are they capable of keeping up with some of the best through mimickery, they write some very kickass original tunes to call their own! “Apex Predator” is just the latest evidence of this.

However, the evidence doesn’t stop there. No sir. The band released an impressive album just this year! It may go by the not-so-serious name of “Djentriffication” and boast funny titles like “New Millenial Tidepod Crisis” but it will burn your house down. This follows up the 2017 record “Anthelion” and a number of other singles. All of this can be discovered over on Bandcamp and Spotify among other locations ’round the internet. Give all the goods a listen!

If you’d like to learn more about the lads in Vow of Volition and what they do, we had the opportunity to interview them earlier this year. You can give that a spin by CLICKING HERE.

You can also give them a visit via social media on Facebook, the aforementioned (and, once again, highly recommended) YouTube channel, Twitter, and Instaslam. They even have an official website which you can peruse. So what are you waiting for? Get to it!