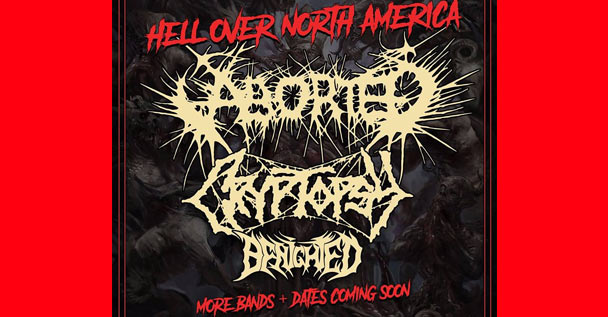 Aborted are going to bring the “Hell Over North America” tour for spring of 2019! They’ll be joined by no less than the juggernauts in Cryptopsy, Benighted, and Cytotoxin. Dates will be announced soon…