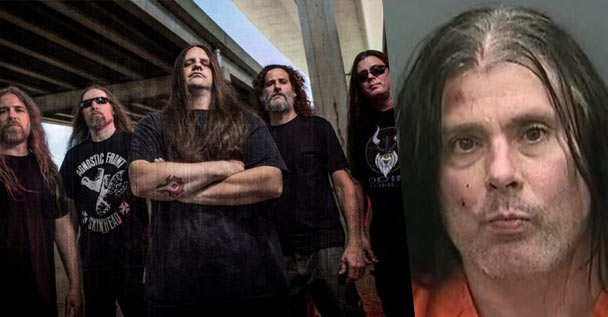 12/27/18 UPDATE – Cannibal Corpse have made a comment on the situation. They had the following to say:

“As a band and as individuals, we all want nothing but the best for our brother and partner, Pat. While we can offer no further information about the incident, we wanted everyone to know that Pat is getting the help he needs and appreciates the love and support from Cannibal Corpse fans around the world.

Pat is currently with family and friends and looks forward to a healthy return at some point. For anyone wondering, all Cannibal Corpse touring will happen as planned and all shows will be played.”

12/18/18 UPDATE – Pat O’Brien was bailed out of jail on Friday, December 14th. A date for his next hearing has yet to be announced.