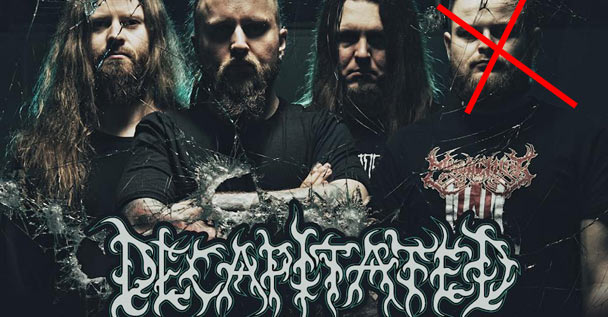 Decapitated drummer Michal Lysejko has left the band after 4 years with the group. A replacement has yet to be announced…

Here’s the official word from Decapitated:

“We would like to thank him for his friendship, his huge support, and his hard work as the drummer for Decapitated. We wish him well on his new path. All the best, brother! We will take some time before we find and announce our new drummer. Until then, our friend James Stewart (Vader) will join us as a session drummer. Luckily, he found some free time between Vader shows and is able to play some selected live shows. You will all experience his talents soon.”