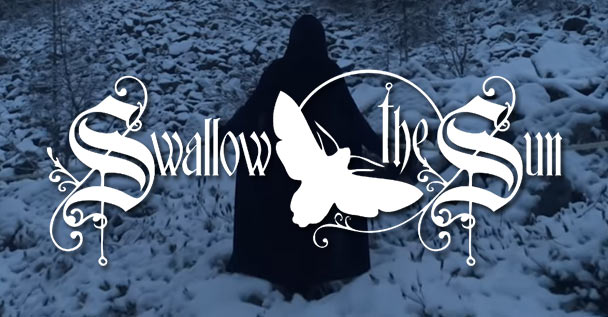 Swallow The Sun is not a band known for keeping things short. As such, the Finnish death metal / doom metal band just launched a 14 MINUTE music video for a new single by the name of “Lumina Aurea”.

The band’s guitarist Juha Raivio had the following to say of this:

“‘Lumina Aurea’ is a song I would never want to write in my life. It is an open, bleeding black wound from the last two and half years of my life. But I had to write it out. I could not back down from it. The way I wrote and recorded ‘Lumina Aurea’ was so rough emotionally and physically that I think I will never talk about it public. I know this road will go on forever as a part of me, but I have also made a peace with it—that I will never have peace with it. And that the life and the journey here must still go on for a while for those of us remaining. I knew that if I would go any deeper on that road with the album as I did with ‘Lumina Aurea,’ the path would not end well. So, I quickly realized that instead I will write an album that will manifest loud and clear that after all, ‘Love is always stronger than death.’ I wanted to find that angle for ‘When A Shadow Is Forced into the Light’. This album is like a weapon for myself. A burning light, a burning torch. Victorious and proud.”