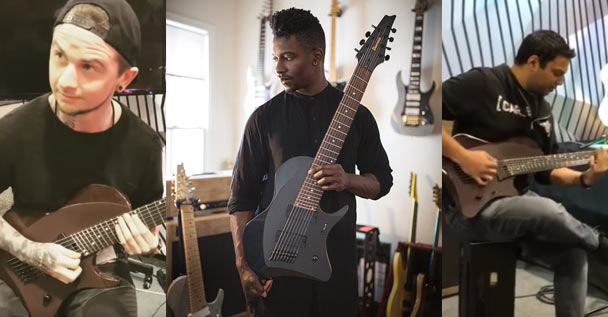 None other than Animals As Leaders guitarist Tosin Abasi is now rolling out his own brand of guitars. So, naturally, he’s showing them off and having them demoed at the one place people will appreciate them most… NAMM 2019!

For the uninitiated, the NAMM show (National Association of Music Merchants) is basically the world’s largest music product convention that takes place annually in Anaheim, California. It’s a gathering of great talent which, in turn, makes for great times and great discoveries.

R&M did a fantastic job of compiling some footage of those who gave the guitars a shot. This includes the likes of Jason Richardson, Misha Mansoor, and many more!

Take a look for yourself right here: