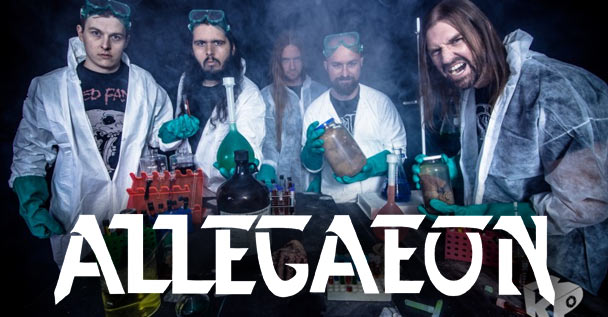 Expect new Allegaeon in 2019! The band just announced a new album by the name of “Apoptosis” and launched a music video for a new track “Stellar Tidal Disruption”!

The album will land on April 19th with pre-orders currently available to those who CLICK HERE.

The band’s frontman Riley McShane had the following to say of this:

“It has themes. The title of the album, Apoptosis is the scientific term for when cells systematically die to have new cells come in and replace them. It’s often seen in just regular growth of tissue and growth of organic materials. So growth is really the theme of the album.

We just keep getting better and better and the music really shows and I really wanted to tie that into the lyrical concept, still keeping things scientific, showing how death leads to new life in a lot of different ways, whether it’s through how forest fires do that kind of stuff or whether it’s for certain types of cellular adaptations and all that stuff.