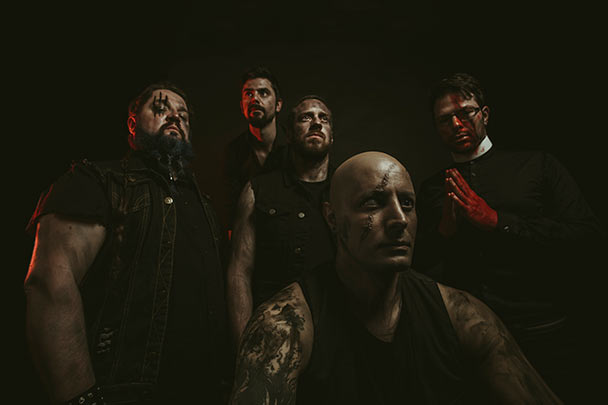 The latest incarnation will come in the form of “The darkest of human desires – Act II” which is officially set for release on February 22, 2019. Pre-orders are currently available on platforms such as Bandcamp and the music will also be made available on most major music platforms when the time comes!

We are doing pretty good ! Our new album will be out in few weeks. We just shot our new music video, to be released in January. I am very proud of this new album, so we are very excited.

You’re building up to release your fourth album The Darkest of Human Desires – Act II! How does this album progress from Act I and how do you feel you’ve grown as a band into this new record?

You got to work with Tom Baker on the new album which is really cool. He’s known for his work with albums like Antichrist Superstar by Marylin Manson and Downward Spiral by Nine Inch Nails among many others. How did this come about and how was that collaboration for you?

After the recording and the mixing, I made the mixing, I tried two studios , and I was not satisfied by the result. I was talking a bout that with a friend , Aaron from the band Heattlay, and in the discussion, the name of Tom Baker came. I went on his website, and I saw all the amazing album he worked on. So the day after I contacted him. Everything was so simple. The man is a legend. He know exactly what he have to to with this king of music. So I was very honoured, very proud and extremely satisfied by this first collaboration !

The new album is the second part of what will be a trilogy. Can you tell us about the overall concept behind the three records?

The Ogre inside is an album about inner struggle, about dark desires, how society can oppresses your will. This is a fight no one can win, the Ogre that devours you from the inside always wins..

The album is an invocation, a way to set the Ogre free, embrace your ”true”self and allow your darkest desires to express themselves. It’s an incitement to act.
In this trilogy, The Ogre inside won this inner struggle, giving birth to Mr Strangler.

In the Act II : The Darkest of human Desires, Mr Strangler, by embracing his « true-self », expresses his dark impulses without limitations and has no boundaries. With his crew, Mr Strangler commits murders and massacres. He also invites everyone to make a step forward and act, invites you to express your darkest desires and join his death cult. For Mr Strangler and his team, the Ogre is released ! Let the massacre begin ! Let the darkest of human desires be : murder .

Musically , the Act I is probably more lugubre, more introspective and melancholic . The character is this Act, is struggling , looking for himself , like a sad child.
In the Act II, Mr strangler is enjoying what he is doing, so the atmosphere is less melancholic, but still dark, cause even If he is enjoying murdering people, he remains a sad man. In this new album i wanted to recreate the frantic aspect of Mr Strangler, his weird joy murerduring people, that’s why this album is more powerful, less melancholic but still dark and lugubre . Mr Strangler is a serial killer. It’s not a easy thing to accept that. Yet today, being an homosexual is difficult. All the adolescent wha are living their adolescence being gay knows it. So imagine as being a killer ? It’ wasn’t easy for Strangler… For example, Jehfrey Dahmer, an American serial killer you can hear in the song „Here for love“, killed homosexual because of his own homosexuality and most of all because his homosexuality was unacceptable for him and his family…

But Strangler is accepting is true nature , and is accepting the thing that he enjoys to kill people. Mr strangler is a killer as some people are heterosexual or gay, or bisexual… Some psychiatrists claim that serial killers are killing for sexual purpose. I can agree with a part of that. We can say that killing is a kind of sexuality. And in fact, if you can be abstinent as gay or hetero or bisexual, you can be abstinent as a Serial Killer. So maybe the word Serial Killer is not the best to describe the subject. It’s more about desire . The desire for a person, a body , an object ( fetishism) , or things… Do you feel pleasure by killing people ? Mr Strangler do. And to be more precise , he loves to see fear in the eyes of the people is going to kill. There is no better thing for him than to see someone begging for his life.

I can’t tell you now about the Act III !

You sampled Aleister Crowley on the previous record. Do you moments like this on Act II?

Absolutely. As I said previously. The Ogre inside is an album about inner struggle, about how to be yourself. Everybody during the adolescence have experienced that. Everybody, from the regular normal people to the psychopath and serial killers like Mr Strangler. So , Crowley was a good choice because one of his most famous quote is ‘ Do what you will shall be the whole of the law” . As, do whatever it pleased you, fuck the rules, fuck the boundaries, be yourself .
So, now the anonymous character in The Ogre inside became Mr Strangler, a killer who kills for pleasure. In this second act, you can hear some of the most scariest serial killers and murderers : Richard Ramirez , Ed Kemper, Charles Manson, Richard Schaeffer, Jeffrey Dahmer. Mr Strangler always saw these guys as father figures .

Truly, I don’t know If a genius marketing tactic .. Really. Until now , we have a lot of problems with it !

You’ve dubbed your sound as Murder Rock. How would you describe this for new listeners?

You have a very theatrical presentation from awesome music videos to the stage and even just the extreme appearance and the music itself. What inspires your image?

We are pushing that further. In fact Mr Stangler and his crew are just rising from the dark ! The Ogre inside was the genesis of all this. We are working again with Vdiva from VD Pictures on our new videos. We jut have shot a new video for the song Here for love, to be released in january. An other one will be shot with him in 2019 and I will be in LA in January to shoot a new video with Industrialism Films. I worked with them for the music video The Ogre inside. They did a great job. Can’t wait to shoot this new video for the song Last of million with them.

If you, as a band, could make a movie with an unlimited budget, what do you think it would be like?

With no doubt it will be this trilogy ! Mr Stangler and his crew could suit perfectly in a very dark movie. Something like the Gotham , the crow , Blade universe… dark dark dark. When I created theses characters : Mr Strangler, The Priest, Zinzin Stiopa , The One… I have in ming to push further the creation : Comic book, novel, film…

I am also a writer. I published a novel ( first part of a trilogy ) and two short novel. All in a syfy, anticipation style ( Orwell, K.Dick…) . If you have Hollywood connection for me ? Haha

Do you have any favorite stories to tell from your live shows or from touring?

Nothing I can tell without going in jail .

If you could tour with any other bands or artists, dead or alive, who would you choose?

As a musical fans, I really love music, it’s weird to say that , but a lot of guys involved in bands , don’t really like music … So as a fan I would love to tour with : Alice Cooper, David Bowie, The Cure, Paradise Lost, Queenadreena, Fields of the Nephilim, Marylin Manson, Stabbing Westward…

If you could choose any place in the world to play a show this week, where would you perform?

Probably in a mythic club in LA or NY, to walk on the shoes of the bands I love.

How do you feel about the modern music scene coming from France? Anyone you would recommend?

Lennon used to say : French Rock is like English wine! And he was right and still ! Here in France people are not that interested by rock of metal. People always talk about the Hellfest ( a very big metal festival in France ). So ok, but you can not make a rule with an exception. We have ONE metal festival , whatever big he is , it does not matter, just ONE… In Germany they have so many… In Belgium, they have so many big festivals… and Belgium is a very small country ( around 20 millions people ) … I spend a lot of time in Bruxelle, Belgium.

So about the french scene… We have an expression about music in here. To have success in France you have to play “ de la musique festive” : party music. Do not forget that France is the country of Louis de Funes. Most of all our artistic production ( movies, music…) is about comedy, and party. You have to be a clown. And I am not a clown.

We have some bands who have success outside of France , some have success in France and outside like Gojira, but they are not signed in France. We don’t have metal label in France. But we have some great bands like : Heartlay, Freak injection, Lodz, Rosenkreuz, Buy Jupiter,

That’s all we have. Thank you for your time. Is there anything else you’d like to say to your fans out there? 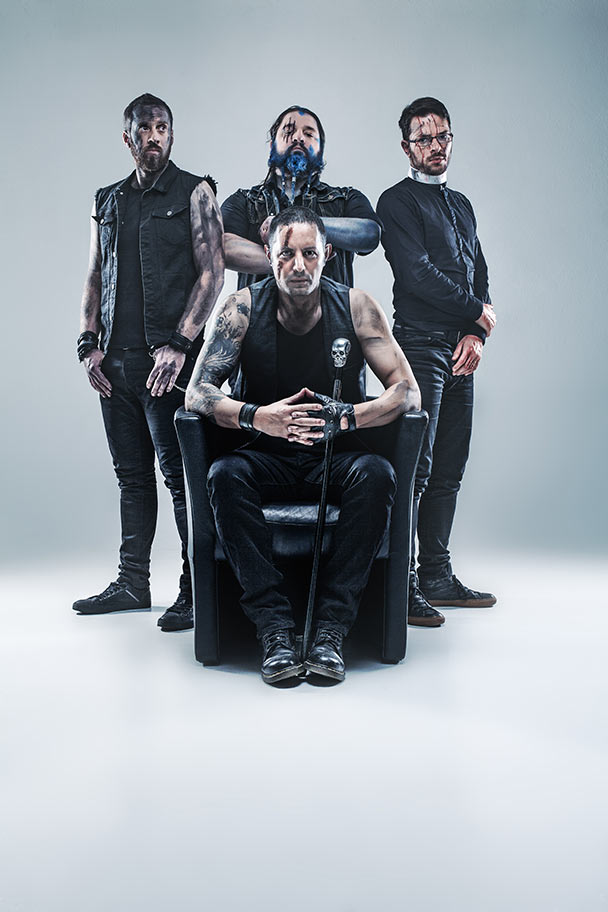