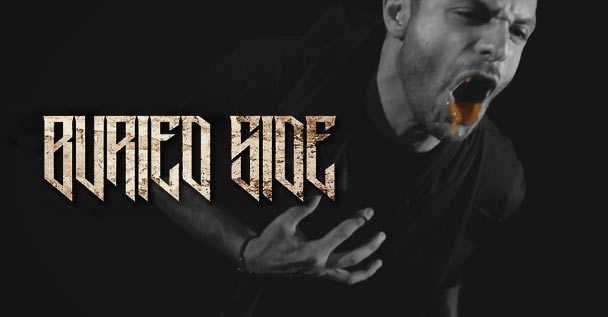 Coming from the other side aka Neuchâtel, Switzerland is a new band with dangerous potential. They go by the name of Buried Side and they’re as tight as nails. Between waves of technicality, shredding instruments, and bone crushing heaviness, there’s a good chance that many of you will appreciate what you’re about to hear.

Right now, they’re building towards an all, yet to be named new release. Hopefully this will be out sooner than not with plenty more news to come!

In fact the band themselves had this to say, “Keep en eye on your socials networks because there will be some news in the near future!”

As a second move towards this, Buried Side have released an all new single by the name “Cold Cell” to follow up the lead single “A Wave of Disaster”! You can enjoy this, complete with a lyric video, down below!

On another note, you can also listen to their previous album “Heading to the Light” through the streams provided below. Lots of good stuff to dig into here.