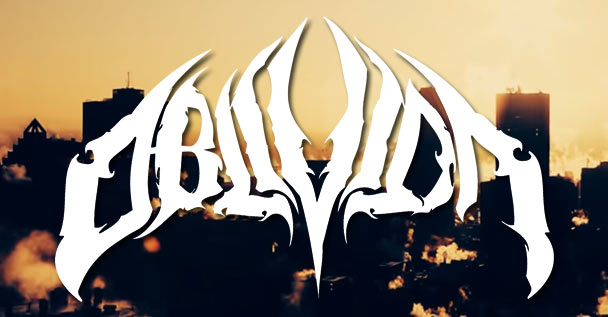 The titans of Oblivion have come back with a giant stomp. For the uninitiated, Oblivion is composed from previous members of All Shall Perish, Antagony, Alchemicon, and Feast so there’s lots of talent here. They’ve been releasing a series of singles building to the band’s all new, self-titled album (CLICK HERE to read our full review!) which serves as a sequel to their previous record “The Path Towards…”. The album will be made available on January 21st, 2019. Pre-orders for the album are currently available to those who CLICK HERE.

Most recently, the band produced a music video for the track “Fear What Is Unknown” which was just released! Give it a watch down below along with more of the recent singles.