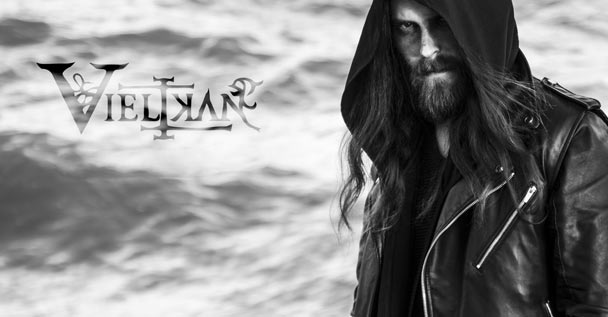 Since 2012, Tunisian extreme metal Vielikan released singles after the band’s debut album A Trapped Way For Wisdom, now there’s a second album on the way which name is ‘Back to the Black Marsh’.

The man behind the project, Fedor Kovalevsky comments on the album,(which is dedicated ‘In loving memory of Ludmila Kovalevskaya’), by first quoting Van Gogh: ‘Art is to console those who are broken by life’. He continues: ‘This album is a fragment of my soul I brought back from the Black Marsh. Knowing that you’re listening to it makes me feel alive…In this album, the Russian and overall Slavic folklore is constantly present with its melancholic melodies associated with the renowned eastern gypsy valse rhythmics as a main sound identity, dressing the rageful extreme metal aspect of Vielikan.’

1.Ethereal Travel
2.Seeded Alterations of Consciousness
3.Mysticism, Thaumaturgy and Ephemeris
4.God(s), Love and Life
5.Another speech for those whom faces are erased
6.The final confrontation with the soul harvester in the heart of the Black Marsh
7.I am The Black Ocean

‘God(s), Love and Life’ is available on the Bandcamp page and youtube.

Kovalevsky adds ‘I’m addressing herein to God, gods, love, and life, speaking to my second self, as one of these.’

Back to the Black Marsh will be released on March 22