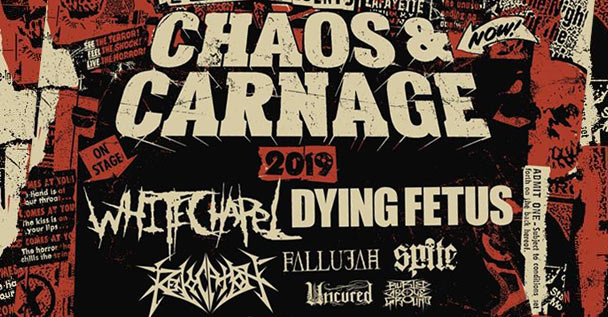 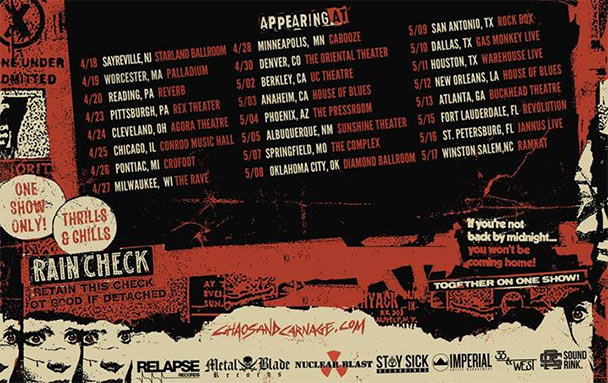 Whitechapel have been set to healine one hell of a tour to sweep the United States this spring! They’ll be bringing out no less than Dying Fetus, Revocation, Fallujah, Spite, Uncured, and Buried Above Ground on the “Chaos & Carnage” tour. Should make for great times!

Dates and music can be found on this page. Tickets are available to those who CLICK HERE.

Whitechapel’s Alex Wade had the following to say with this, “We are very excited to be a part of the Chaos and Carnage tour this year. Dying Fetus has been a band we have grown up listening to and has influenced our sound over the years. We are grateful for the opportunity to shred North America co-headlining with them.”