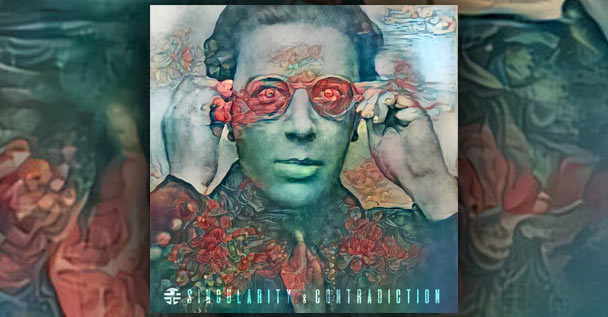 A fresh wave of Progressive / Hard Rock has risen to bend the mind and ensnare the senses. Trust me when I say fans of the genre will want to follow through on this one for a number of reasons…

For starters, this is quite the interesting musical unit in that it’s not necessarily a band but, as the moniker suggests, a “collective”. Contributions have come to the Even The Slept Collective from a number of corners and they directly consider all the following names to be a part of the line-up as a result – Chris Young, Jason Mello, Kurt Whiting, Kevin Gauntner, Ryan McMurray, Matt McMurray, Thomas Williams, Josh Cleaton, Jamie King, Wolf Bayley, Brad Davis, and Nicole Roberts. There are certain core members that have remained since the start but this is a different angle to say the least.

They’ve been at it for a number of years now, having an inception date back in 2007 and putting out a total of four releases in that time. To whittle down the names from that first paragraph, the original line-up appears to have been Chris Young providing vocals, Ryan McMurray with the guitar work, Kurt Whiting bringing the basslines, Kevin Gauntner on the keys, and Jason Mello behind the drum kit. They’re all still with the band and it has only grown considerably since the initial demo release in the late 2000’s.

It’s all risen up to this point… Their latest output goes by the name of “Singularity & Contradiction” which was released by Bionic Suns Entertainment. The effort was produced, mixed, and mastered by no less than Jamie King himself (known for his work with Between The Buried & Me and The Contortionist to name a few).

The full record clocks in at just over 10 minutes of music. However, whatever it may lack in length is largely made up for by the content lining these 3 tracks.

You can give a listen right here, right now! We have the streaming links provided across this page. Simply press those play buttons to jump in. You can also add “Singularity & Contradiction” to your music collection via most online music platforms. This includes the likes of Bandcamp, Spotify, Amazon, etc.

Now, let’s dig into the meat of the release. As mentioned before, this EP release is composed of three parts which work together to create the full experience that is “Singularity & Contradiction”. They are “Chaos City”, “Pass / Fail”, and “Prime Meridian”.

“Chaos City” serves as the introductory number, bringing listeners into a sprawling metropolis of sound. It immediately exhibits the collective’s aptitude for songwriting from the winding guitar work to the soaring chorus and beyond. Ultimately, it shows what this group is about off the bat as any good introductory track should!

“Pass / Fail” stays in a similar lane while introducing several other ideas into the fold from the riffs to the bridge. It feels like a sidestep to the first track while simultaneously keeping one foot planted. There are some beautiful moments in there. All in all, it’s just a quality track in this sandwich of songs.

“Prime Meridian” might be my favorite track from the release. It has an epic, airy opening that comes crashing into a riff fest. It also comes strapped with a memorable chorus and explodes into some very tasty guitar work and nice grooves towards the end. The vocals even take a different tone for the EP’s exit in a cadence where they’re almost rapped.

With a name like Jamie King popping up behind this project, it comes as no surprise that it sounds immaculate in terms of polish. In fact, he’s handled such duties for Even The Slept Collective for nearly a decade! No complaints here. Just further reason to dig into their discography if “Singularity & Contradiction” hooks in your ears for starters! High quality releases across the board from these guys.

However, I wouldn’t go ahead and say this is a perfect EP release. At times, there seems to be the lack of a certain *umph* or energy from this band. I guess that’s to say the songs run at a similar pace and don’t take too many risks within their given formula. From a personal stand point, the vocals don’t always do it for me but that’s completely subjective. Of course, it also endures the pitfall that most EPs find – it feels like too short of an experience. However, on the bright side, it can easily leave listeners wanting more.

When push comes to shove, this is a good record. Like I said at the beginning of this review, I see no issue with recommending these guys to fans of modern Progressive Rock / Hard Rock. It fits well in the rotation and for that I have no qualms giving it around a 7.5 to 8 out of 10.

Once again, you can give a listen through the streams provided across this page. You can also add the EP directly to your music collection through platforms like Bandcamp, Spotify, Amazon, etc. Get to it!

That’s all we have for today! We hope you listen to Even The Slept and enjoy the tunes!