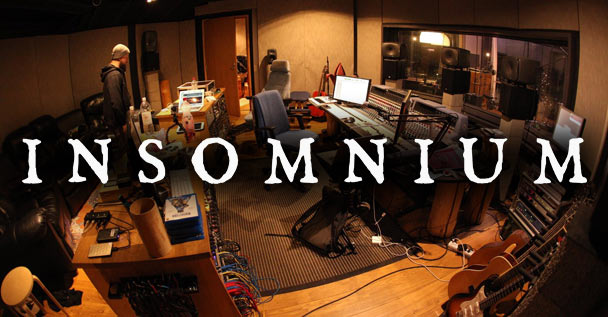 Insomnium are planning to released a new album in 2019! Here’s the official word in support of this:

INSOMNIUM – currently in the studio to record a new album

Finland’s foremost melodic deathsters INSOMNIUM have begun recording their 8th studio album, as drums are being nailed at SF Studio with engineer Kimmo Perkkiö. Afterwards the work shall continue at Teemu Aalto Music Productions in Kotka. Jens Bogren will do the mix at Fascination Street Studios in Sweden.

“Again when the days grew darker and the nights became colder, our path led into the dark. We checked-in to our traditional forest cabin-hq in the southern Finland for a new material rehearsal camp and (un)reality-check. We came out with 10’ish songs full of that good ol’ Finnish melancholy, sorrow & misery and now it’s time to wrap it all on tape for you peeps to hear ’em. Cannot wait to start the studio process and let the creative processes go up-and-down again!” comments guitarist Markus Vanhala.

”Exactly so!” adds vocalist & bassist Niilo Sevänen. ”We have a pile of great songs in our hands and we can’t wait to get these recorded and finished. I would say the album will be the kind of dreary and wistful Insomnium that people probably might expect but we also have a few surprises in store. Lyrically the album will revolve around Finland’s bleakest and most sorrowful tales and songs. So this time we are really going into the blackened heart of Finnish gloom!”

The forthcoming INSOMNIUM album is scheduled for an autumn 2019 release.