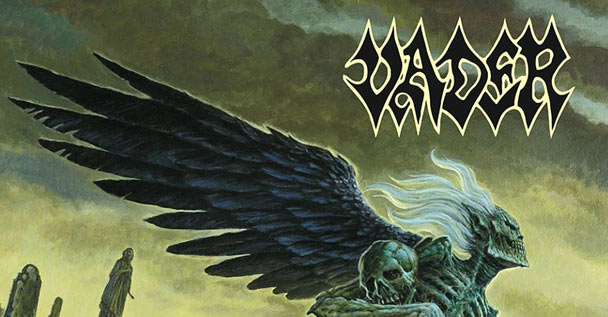 A new Vader EP is incoming! Here’s the official word in support:

VADERMANIAX !!! As announced a while ago, we’d like to present you a new VADER release. New EP entitled THY MESSENGER contains four of the five recorded songs, whose titles will be presented soon. The material was made in about a week (January / February) at the Hertz Studio in Białystok under the supervision of the Wiesławski Brothers. Below we present the cover painted by Wes Benscoter – the same Artist who created a beautiful picture for the cover of “De Profundis” or other bands like Slayer, Kreator or Sinister. The material will be available at the turn of spring and summer this year. Exactly at the same time, a full VADER album will be created, the premiere of which is planned for the end of 2019. More details are coming soon on vadernews.pl