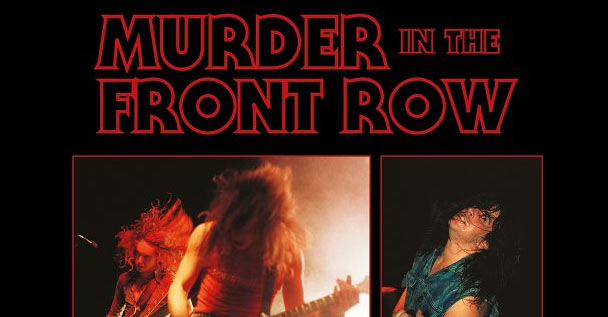 A Bay Area Thrash Metal documentary by the name of “Murder In The Front Row” will be premiered at AMC Kabuki 8 in San Francisco, CA on April 20th. One would assume it will reach further in the not so distant future.

It will feature Metallica, Slayer, Megadeth, etc members recalling their early days and will be narrated by metal comedian Brian Posehn.

This will ultimately be an expansion on the 2012 book “Murder in the Front Row: Shots from the Bay Area Thrash Metal Epicenter”.

The directer Adam Dubin had the following to say of this:

“What I loved about the book is that it wasn’t just about Metallica. It was documenting a vibrant scene, where all the bands were equal and there was real camaraderie. The photos captured the sweat of the clubs, the ringing in your ears and the power of young people. Harald [Oimoen] and Brian [Lew] captured the humanity of it, and they understood that I was somebody who could bring that out in a film.”