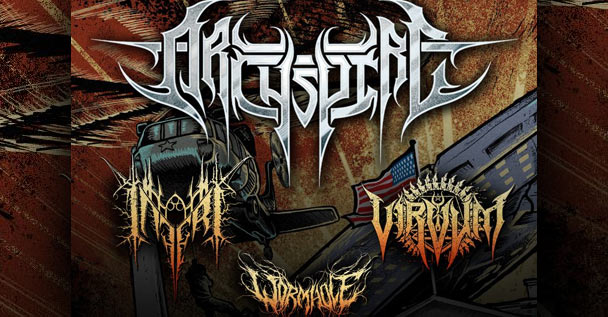 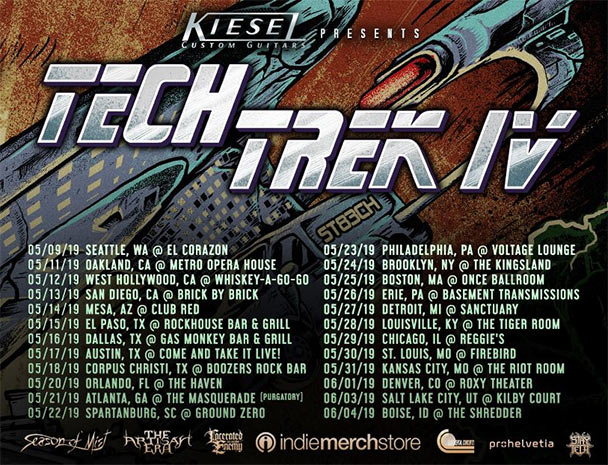 4/10/19 UPDATE – Archspire had the following to say about this tour:

No less than Archspire, Virvum, Inferi, and Wormhole will be teaming up for the Tech Trek IV tour! Should make for some great times.

Archspire had the following to say of this: “We’ll be heading across the U.S.A. with ‘Tech Trek IV,’ presented by Kiesel Guitars. You can expect a crazy set from us and we’ll be joined by some insane bands – Wormhole is some intense slamming brutal death metal from Baltimore, the extreme progressive death metal of Virvum, and our good pals in Inferi who shred like no one else! We’ll also be announcing additional dates and some giveaways in the coming weeks, so stay tuned and Stay Tech!”