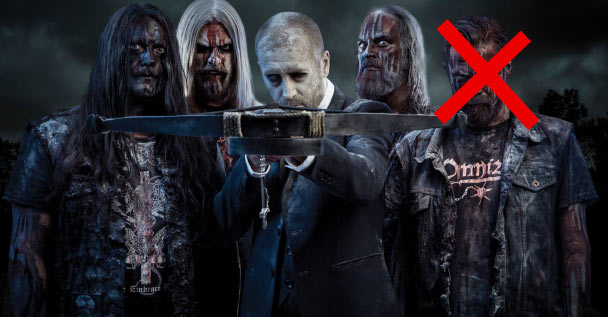 Joakim Karlsson has parted ways with Bloodbath. Here’s the official statement he left in regards to this:

“I am putting away my Bloodbath vest for good.

I have had pretty much only good moments with the band, and I’m glad to have been a part of it for the last year and a half, but now I’ll do other things. (I vaguely remember having a main band which hasn’t gotten the attention it deserves during the last year. I think I’ll focus on that for a while.) Alright… Later, Bloodbath fans. I hope I at least managed to trick some of you into listening to Craft.

By the way, some of you were making guesses about what songs I wrote for TAOSID. I wrote ‘Wayward Samaritan’ (music/lyrics), ‘Only the Dead Survive’ (music, together with former Craft guitarist John Doe), ‘Ride the Waves of Fire’ (music/lyrics) and ‘Wide Eyed Abandon’ (music).”