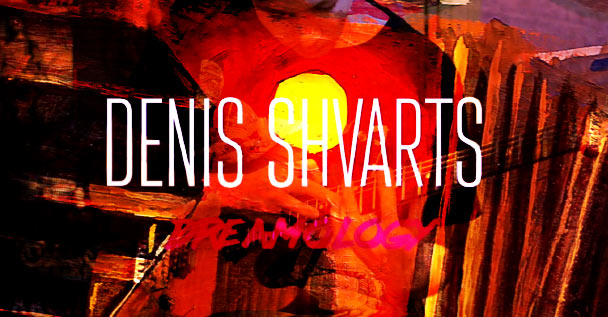 A brand new Denis Shvarts guitar playthrough just hit! If you’re looking for some quality Instrumental Prog Metal, this is it:

If you aren’t familiar with Denis, here’s a description we just had up the other day:

Denis Shvarts has found a genie or made a deal with the devil. Or maybe he just practiced his ass off until he reached this stellar level of musicianship and talent for writing incredible songs. Everything he touches in the music world is fantastic, and his second solo album, Dreamology, is no different. This album is superior to its predecessor, Into The Universe, in every way. Don’t get me wrong, every second on that album was amazing as well.

But, Dreamology is on an exponential level. It’s longer, at almost 56 minutes. That means more riffs and solos falling into a multitude of genres including tech death, neoclassical power metal, and progressive metal. You can definitely hear the Christian Muenzner influence but Mr. Shvarts injects plenty of his own signature sound into every song. Those of us impatiently waiting for another Dark Matter Secret (Shvarts’s main band) release definitely have something to hold us over until then. You can hear Dark Matter Secret moments and riffs in every song. The album is also littered with Pavel Semin’s fretless bass lines, so technically you actually have 2/3 of Dark Matter Secret present on the album.

I’m assuming the only reason it was released as a solo album is that it feels like slightly more of a guitar-centric solo album than a progressive tech death album. But realistically, does anyone complain when Christian Muenzner or Hannes Grossman put out their solo albums in between Obscura(then) and Alkaloid(now) releases? It just means more to listen to. And more is always better when it comes to new music from your favorite musicians. The same goes for Denis Shvarts, who is easily becoming one of my favorite guitarists out of not just Russia but the world.

So if, like me, you are eagerly awaiting the next Dark Matter Secret album, check out Dreamology by Denis Shvarts on bandcamp. Or if you’re new to the name of Denis Shvarts, and you’re a fan of Obscura, Necrophagist, or any other band of the German school of technical death metal, check out Dark Matter Secret and Shvarts’s two solo albums also available on bandcamp. You won’t regret it. And if you like what you hear, throw them some moneys so they know their hard work at refining their talents is worth the effort.