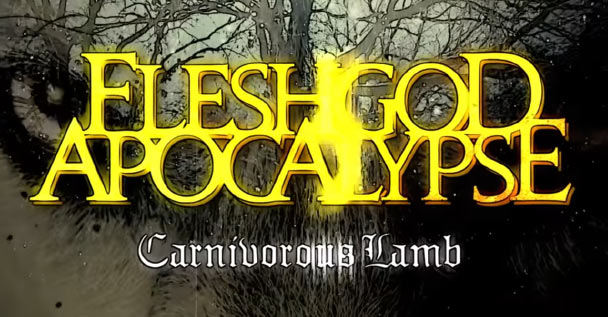 Fleshgod Apocalypse are plotting out the release of a new album “Veleno” for release on May 24th through the good people at Nuclear Blast.

In support, a new single by the name of “Carnivorous Lamb” has just been unveiled! You can give a listen through the lyric video provided below.

Francesco Paolo had the following to say of this:

“How’s the saying? Never judge a book by its cover? Well, that’s the point of this song. We are constantly surrounded by fake people and opportunists, we can’t stand it anymore. We can’t stand the hypocrisy and unending lament of these assholes. It’s a strategy. Even the most adorable and inoffensive lamb can become the fiercest of the wolves when something menaces its interests. Lack of foresight and scarce maturity drive these people overwhelmingly; they will be left behind, tasting life for what it is, where their “spoiled” certainties become the deepest doubts of existence and nobody will hear their call anymore.”